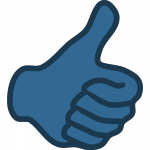 This is my first video made with the Open Shot video editor on Linux.  Seems to do the job well…